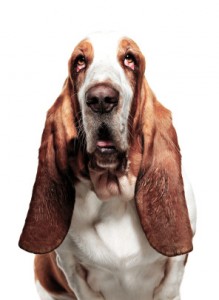 There are many issues which influence the welfare of dogs in the UK,  from puppy farming to inbreeding and from shoddy  training methods to outright abuse.

But perhaps the subject that has really caught the public interest in the last few years more than any other,  is the subject of exaggerated conformation.

What is exaggerated conformation?

‘Conformation’ is the form or shape of the dog and whilst dogs come in all shapes and sizes, we all have certain basic expectations of what a dog should look like.

We have a great diversity of conformation in our dog breeds  and this diversity is a wonderful thing.  Provided that it is not taken too far,  or exaggerated too much.

Do gundogs suffer from exaggerated conformation?

There are those of us that believe that some show gundogs are subject to a certain amount of exaggeration.   Some would say this has improved in recent years.  In show Labradors, the main problem seems to be excessive weight and bulk of body.

And of course this year at Crufts,  the Best of Breed Clumber Spaniel  was controversially disqualified for eye problems.

The difference between show gundogs and field bred gundogs can be dramatic.  And the Labrador, and the Clumber,  are both now listed on the Kennel Club’s Breed Watch list.

What is Breed watch?

The breed watch database is part of the Kennel Club’s Fit for Function campaign which was initiated in the aftermath of the release of Jemima Harrison’s film ‘Pedigree Dogs Exposed’.   It is intended to draw the attention of dog show judges to problem areas within their breed.  Specifically problems caused by exaggerated conformation.

For each dog on the breed watch database there is a list of points of concern,  for special attention by judges.   This is the page for the Labrador:  Labrador Retriever Breedwatch page,  and it lists excess weight and shortness of leg as points of concern for this breed.

The Labrador however,  has escaped relatively unscathed from extremes of breeding as have most of the other gundog breeds.    Some breeds of dog have not been so lucky.

Why do we care?

Why do people care so much about dogs that have been bred with such exaggerated features that they cannot live a comfortable, pain free existence?  Dogs that in some cases cannot even behave like dogs.

I think there are a few reasons.  Quite apart from the fact we don’t like to see dogs suffer,  these particular issues are very ‘in your face’.  You can’t help but notice the sad state of a grotesquely overwrinkled neopolitan mastiff for example.

It is just so beyond what most people consider normal as to be almost compelling viewing.    The rasping breath of a wheezy pug is another one that is hard to miss.   As are the desperately droopy eyes of the Bassett Hound pictured above.   It may look ‘solemn’  and appealing,  but it probably doesn’t feel too good when it is your face.

There is nothing quite so precious as the air we breath and perhaps that is why,  above all,  the plight of flat-faced dogs has touched people’s hearts.   You can read more about this topic in my article on The Labrador Site:  Give a dog a muzzle

Perhaps most of all we care about exaggerated conformation because these dogs are being produced so deliberately and so avoidably.   And because we have been asking for change for so long without success.

Breeding dogs is hard work, and a big responsibility.  But it is hugely satisfying to see a litter of healthy, happy puppies go off to their new homes,  to start their new lives and to bring pleasure to others.

The responsibility of the breeder is to produce a healthy, happy,  well tempered animal, fit to share a person’s life and home.  A good canine citizen.

Some breeders enjoy attending dog shows or beauty competitions where their dog is matched against a ‘breed standard’.

Other breeders produce dogs for a physical purpose such as herding sheep or retrieving game.  These breeders have a responsibility to meet those standards.

First and foremost a companion dog

But there is no doubt that the first priority of any breeder should be to produce a healthy, good tempered companion dog because dogs have a right to be free from avoidable pain and discomfort,  and because being a companion is normally their primary role.

Opinions differ as to where the divide falls between maintaining the individual appearance of a breed,  and exaggerating that appearance too far.

But the vast majority of the population is clear on one thing.   We should not knowingly breed a dog to another dog in the knowledge that the puppies produced will suffer.   This is pretty basic stuff.

A ‘Breed Standard’  is a kind of blueprint or specification for what a dog that belongs to that breed,  should look like.   A kind of definition of the perfect dog.    There are Breed Clubs for each breed of pedigree dog and these Clubs in conjunction with the Kennel Club set out the Breed standards  and are responsible for amending or updating them where necessary.

Whilst there are many breeders that do not show their dogs,  those involved in showing are role models for breeders everywhere.

Because those involved in ‘showing’ dogs are also involved in the process of setting ‘breed standards’,  these people have a special responsibility for making sure that the Breed Standard they desire,  does not compromise the dog’s health and happiness.

Sharing that great responsibility are the dog show judges that ‘interpret’ the standard, and decide which dogs most closely match it.

It can be fun planning new litters.  Matching dog to bitch and trying to reach new levels of skill or appearance.   If a dog looks cute with a little wrinkle on his face, it is tempting to see if he looks cuter with a bigger wrinkle,  or with several wrinkles.

If he looks sweet with short legs,  maybe he will look even sweeter with shorter ones.   And those solemn eyes look adorable,  so lets make them a bit more solemn by letting the lower lid droop a little more.    Of course,  these changes take time,  they don’t happen overnight,  and so we become accustomed to each new little change in a gradual progression.   Our fellow exhibitors are doing the same thing,  and so our dogs look like other show dogs,  and we are all happy.

Sadly, one day, others may look at our wrinkled dogs and see that the wrinkling has become more bizarre than pretty.   They point out that breeding for more wrinkles has brought with it a whole host of other problems,  including joint laxity, skin infections, and eyes that cannot close properly.

If that day comes,  and these others tell us what we have done, we ought to stop right there.   And think again about the price we are paying for our wrinkles.   We ought to,  but in some cases we don’t.

The problem is,  that all this has happened so slowly and so gradually that we are accustomed to the appearance of our dog and the problems that go with it.   We have effectively become blind to the problems we have created.

It seems obvious to all of us that there is a line beyond which dog breeders should not cross.   But when you are involved in a process so closely,  sometimes it is difficult to stand back and see what you are doing, with perspective.    This is where breed blindness  comes in.

And the very real existence of breed blindness is why it is so important that the governing body for dogs in the UK,  should be able to step in when breeders go too far,  and to say.  “Enough”.

This year,  at Crufts, the Kennel Club did just that.    They ‘stepped in’ and set up a system of vet checks .   The checks were intended to ensure that dogs winning Best of Breed, did not have clinical problems associated with exaggerated conformation.

Those that did have such problems would be prevented from going on to gain  further awards.    The rationale behind preventing dogs, with clinical problems resulting from exaggeration, winning more awards came about because the KC recognise the role that show dogs play in representing to the public what an ideal dog should look like.

Testing every single breed in this way would have been a mammoth task and pointless because many of our dog breeds are relatively free from exaggeration.   So the Kennel Club picked fifteen breeds that they identified as being most at risk from exaggerations in conformation.

These new checks were launched at Crufts, after the Best of Breed certificates had been awarded.  And in an unprecedented move,  six of the UK’s top breeders had the humiliation of being disqualified publicly.

The breeders and exhibitors responded with outrage

Within a few days they had a facebook page up and running with around 6,000 supporters and soon formed a new organisation to represent them.    I wrote an article about my impressions of this new organisation on 17th March on the Labrador Site.  You can read it here: The Canine Alliance

The disqualification of the Best of Breed Clumber Spaniel at the world’s most prestigious dog show,  this March must have been a bitter disappointment to the breeder.    Especially as many believe that show Clumbers have improved greatly in recent years.

As a working gundog owner who recognises the importance of reducing the risks of eye injury during hunting,  I can only hope that this will result in us seeing show Clumbers with tighter eyes in the future.

The future of the vet checks

I appreciate that exhibitors felt deeply humiliated by the very public manner of their disqualifications,  and  I hope that in future,  the Kennel Club is able to find a way to carry out these tests before prizes are awarded.    The embarrassment caused must have been an important catalyst for the reaction from the dog show community.

However, I believe that it is crucial that the KC do not give in to the pressure to abandon these vet checks,  which clearly do not harm the dogs themselves and which have the potential to put an end to the long running problem of exaggerated conformation,  that we have simply failed to resolve despite years of trying.

One of those commenting on my article about the Canine Alliance warned that Labradors might be next on the high profile breeds  list.  And for the record,  if Labradors ever need to be on that list I fervently hope they will join it.

Because I believe that overall the list is a good thing.   We shouldn’t ignore problems in our dogs,  we should face up to them and take action where necessary.

The Canine Alliance moves on

Since I wrote my last article the Canine Alliance has moved on pledged to protect and support pedigree dogs.

I will be writing about their progress in the near future.

In the meantime   I look forward to reading the Canine Alliance’s first statement on the subject of exaggerated conformation and how they would prefer to tackle this difficult subject.

It is certainly a hugely complex issue,  and not one that is  going to go away anytime soon.