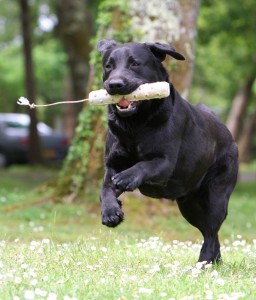 At the end of June this year I started a Facebook Group called Positive Gundogs.

In just over four months we have been joined by over 1300 members.

The aim of the group is to support and encourage people that want to train gundogs using minimal force.

And it is fantastic that there is so much interest in this topic.

However, the group has definitely raised some questions and highlighted some areas of confusion over the whole topic of positive training and whether or not it is even possible to raise and train effective working gundogs without force.

Defining what we mean by ‘positive’ in this context is important because many gundog trainers think they are positive trainers when they are not.

At least not by the definition embraced by this group.

What are Positive Gundogs?

Many of us think of ‘positive’ as being a word that implies ‘happy’ dogs that are kindly treated, and ‘optimistic’ trainers who avoided abusing dogs or using harsh punishments.[wp_ad_camp_1]We tend to think of the word ‘negative’ as implying ‘pessimistic’, grumpy, even unkind.   No-one wants that label applied to themselves.

“If they are positive” cried one gundog owner on a Facebook thread, referring to our group “what does that make us? Negative?”

When we talk about Positive Gundogs, this is simply to identify dogs trained using Positive Reinforcement.

Positive reinforcement trainers use techniques founded in behavioural science, and in science, the terms positive and negative are mathematical in origin.  So positive mean ‘adding’  something  and  negative means ‘subtracting’ something.

Not happy and not sad

The ‘Positive’ in positive gundogs has nothing to do with ‘happy’ or ‘sad’.  There are no emotions, and no judgements involved.

Positive means the thing we do involves adding something to the dog’s environment.  (If we took something away, that would be negative reinforcement.)

The different meanings of Positive

These two very different uses of the word positive – one meaning happy/optimistic and the other meaning ‘adding something’  is one of the key sources of confusion over positive gundog training.

So let’s sum up what we have discussed so far.

One of the significant features of positive reinforcement training is that it focuses on rewarding good behaviours, and seeks to avoid punishment. This generates two more problems for those trying to discuss positive training.

Nothing seems to upset people quite so much as being accused of being cruel or unkind to their dogs.  And most people associate the word ‘punishment’ with harsh treatment and cruelty.

However, when we use scientific terminology, the word punishment has a very different meaning.  Punishment is simply a consequence we apply to a dog’s actions that makes the dog less likely to repeat those actions in the future.

are another source of confusion.

It all depends on the dog

Whether or not a consequence is punishing to a dog will depend entirely on the dog.  If a dog doesn’t like water, being sprayed with a hose might be punishing.  Another dog might find it highly rewarding

In other words, the dog’s reaction defines the consequence, not the handler.  Again, no emotions and no judgement is involved.

But if it upsets people to be told they are punishing their dogs when they use mild corrections, why are we using this strict scientific definition of the word punishment?

Wouldn’t it be better to call mild punishment a ‘correction’ so that people don’t feel uncomfortable about doing it?

Why use the word ‘punishment’?

The reason we do not use the ‘lay’ meaning of punishment,  harsh or physical correction,  is because it isn’t specific.

One man’s definition of what is harsh will be very different from the next man’s.

No two dog trainers will ever agree on exactly what defines acceptable, appropriate, or harsh treatment of a gundog.  That’s human nature.

So for the purposes of discussing dog training using positive reinforcement, we need to use behavioural terms that are precise, and not open to debate.

Punishment can be both physical and psychological in origin.

If the dog finds what you did unpleasant enough to stop what he was doing, in behavioural terms he has been punished. Even if you just gave him a good hard stare.

This mathematical approach can seem a very strange use of the word positive to those new to behavioural science.  After all, it is not unnatural to wonder how punishment can possibly be positive!

But if we stick to the scientific meaning of the word punishment, it becomes much easier to determine whether or not we are actually punishing a dog.  And that is important as we’ll see in a moment.

Punishment of course, comes in many forms.

We often refer to this as ‘getting a dog’s respect’  or ‘holding a dog with your presence’.

It might not feel like punishment, but if it makes your dog less likely to repeat his behaviour in the future, then punishment is what it is.

Many gundog trainers also use physical punishment without recognising that that is what they are doing.  Pushing a dog rather roughly into the sit position for example, or correcting  a poor heel position with a lead jerk.

These are everyday and very normal behaviours for many traditional trainers.

Again, if the trainers actions influence the dog’s behaviour in the future, then they are indeed using punishment.   Force free trainers on the other hand avoid all forms of punishment completely.

Force-free trainers never deliberately add a consequence to a dog’s behaviour that is intended to diminish it.

They focus on reinforcing alternative desirable behaviours (positive reinforcement). Or on removing access to something that the dog likes or wants (negative punishment)

They never physically force a dog into any kind of position (positive punishment), nor do they attempt to intimidate the dog, or impose their presence on him in any way.

These trainers are known as

It can be hard to understand how this can possibly result in a trained dog.  Let’s have a look.

Isn’t this a bit silly?

To many traditional gundog trainers the complete abandonment of all forms of correction is completely inexplicable and foolish.  And this is perhaps the greatest source of conflict on our Positive Gundogs Group.

If mild punishments are not cruel or unkind, and if we are not judging others by the use of the word punishment, why would a force-free trainer abandon such a useful tool?

It must be like trying to train with one hand tied behind your back right?

These are questions I used to ask.  And questions that I now think I can help you answer.

What is the point of positive-only gundog training?

Why not just be a balanced trainer, use positive reinforcement mostly, but add in corrections when the dog steps out of line.

Many trainers do this.

Many crossover trainers do this for a long time before fully crossing over to force-free training.   But why do they ‘cross-over’.  Why are so many dog trainers crossing from traditional to positive reinforcement training?

Why do some trainers give up punishment altogether?

There can be many reasons for someone to give up training with punishment.  But before we decide that they have all simply ‘gone soft’, let’s take a closer look.

Because there is actually a problem with punishment as a tool.  Even pain free and very mild corrections.

In fact there are a couple of problems.  One lies with the dog the other with the trainer

Allowing yourself a punishment ‘fallback’ can be a serious impediment to progress.  Both for you as an individual, and for dog training generally.

As an individual, trying to learn a new skill, the quickest way to become competent, is to immerse yourself fully in the process.  This is true of many different skills in different fields of expertise.

If every time the going gets hard, you revert to your old ways, the new skills will take a lot longer to learn.

The effect of punishment on dogs

The other problem with punishment, even very mild punishment, lies in its effects on the dog.

Dogs that are regularly punished are less keen to offer any kind of new behaviour.   This is because regular punishment generates fear of failure, or of making mistakes.

Whilst this may inhibit undesirable behaviours, it also inhibits learning.  The fact is, we all learn faster and try harder at new skills, if we are unafraid and relaxed.

An even more concerning aspect of punishment that has emerged from recent studies, is its association with aggression.  You can read more about this in the studies linked to in this article: the evidence for positive reinforcement training

And of course, for many people, punishment is an ethical issue.  They simply don’t want to punish their dogs.

But what about that all important concern, the question everyone considering positive training wants the answer to.

Does Positive Gundog Training actually work?   Can we get a fully trained gundog without using any force at all?

Happily the answer to this question is yes.  We now have a number of fully trained working gundogs in the UK who have been trained entirely with positive reinforcement and without the use of force.

Many of their trainers are members of the Positive Gundogs group, several have competed successfully in Field Trials and working tests,  and regularly give freely of their help and advice to other group members.

Force-free gundog training is not a hypothetical ambition.  It is something that is going on successfully, all over the UK.

How can you correct bad behaviour without punishment?

Most traditional trainers are unaware that there are many successful working gundogs that have been trained without any form of punishment.

They cannot understand how a gundog can be trained to co-operate in the distracting environment of the shooting field without any kind of punishment at all.

This is a major source of confusion for them.  But fortunately there is plenty of information available online to help those keen to learn.

Training without aversives is quite a skill and involves a good deal of management to prevent the dog being reinforced for undesirable behaviours.

If you are interested in learning more about force-free training check back here in the coming weeks.    I’ll be bringing you some articles and useful links to resources on force free training in the near future.

You might also like to come along and chat to force-free trainers in our Facebook group.  For many, it is a different world and throws a fascinating new perspective on our traditional techniques and training programmes.

Traditional trainers may feel very ‘judged’ when they first come across force-free training.  As if by implication their own methods are somehow inferior or even abusive.

Hopefully the Positive Gundogs group will continue to grow and thrive, and to provide a place where we can pool ideas and help one another.

Positive Gundogs are dogs being trained by positive reinforcement and with minimal use of aversives.  Some members of the Positive Gundogs group train without any force or aversives at all.

These are highly skilled trainers and we can all learn from their experience.

Positive gundog training can be a challenge at times, and positive reinforcement trainers are often breaking new ground, working on challenges that have not been attempted before.   But the force-free trainers leading the way in this endeavour are showing us that far more can be achieved without punishment than we ever thought possible.

If you would like to come along as as we support and encourage them in this journey, you can join our Positive Gundogs group.   You don’t need to be a force free trainer, just interested in training with fewer aversives, and in learning new and exciting ways of training.

Come and say hello.  We’d love to meet you!