[wp_ad_camp_2]To most of us,  the word punishment means something pretty horrible.

But to a clicker trainer, punishment has a much more specific meaning.

‘Punishment’ to a force free trainer is strictly defined in the scientific sense, as anything which will diminish the likelihood of a behaviour  from recurring.

The behaviour we are talking about is absolutely anything that the dog happened to be doing just before, or at the time when the  ‘punishment’ took place.

Whether the dog was sitting still, or chasing ducks, its all ‘behaviour’ and any behaviour can be punished. 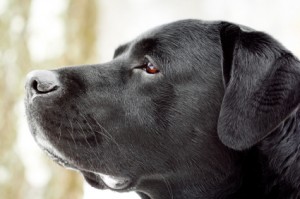 This simple definition of punishment as a diminisher of behaviour, causes no end of disputes between force-free trainers, and more traditional trainers.

Traditional trainers reserve the word punishment for rough physical corrections, and feel that they are being labelled as ‘cruel’ for by clicker trainers that refer to ‘punishment’, when they are simply using moderate and fair corrections, on their dogs.

The truth about corrections

The truth is that ‘corrections’ no matter how mild, or fair, are indeed forms of punishment.  Anything a trainer does to the dog, any outcome he provides to the dog which diminishes those unwanted behaviours, are punishment.  Because punishment by definition is simply something that the dog will ‘work’ to avoid.

And the truth is that punishment in various forms is still widely used in gundog training, even though the use of punishment is being abandoned in many other dog related sports and activities

Let’s just go over that real meaning of punishment.

Punishment does not necessarily mean pain or violence

In scientific terms punishing actions can be anything from a ‘hostile stare’ or menacing body posture, to a gruff verbal warning ‘aaargh’ or ‘no’!

Don’t be offended if a clicker trainer tells you that you use punishment.  Unless you are a force free trainer, you almost certainly do.  It isn’t an insult, and it doesn’t mean you are cruel.

It just means you are using outcomes that your dog prefers to avoid, in order to diminish his behaviour.  As traditional trainers have always done.

It doesn’t make you a bad person or a bad trainer, but it is something that is becoming somewhat outdated, and we’ll look at that in a moment.

First let’s just see how we can figure out what constitutes ‘punishment’ for our own dogs, and what doesn’t.

Punishment in dog training comes in a wide range,  from the mildest verbal correction to what most people would recognise clearly as punishment such as a physical scruff shake or slaps.  But what is a punishment for one dog, is not necessarily a punishment for another

Punishment is not just a physical thing.  It is anything which deters behaviour.  It could be something completely harmless like a puff of air.  But if the dog doesn’t like it, it can act as a punishment.

Many sensitive dogs will work to avoid your displeasure, so merely staring at the dog or making yourself look big is all that’s required.  If you use these techniques, you are still using punishment.

One of the problems with punishment is that some dogs are very ‘tough’.  They are not easily upset or intimidated. This can lead to a frustrated handler using increasingly severe punishments to ‘get through’ to the dog.

Remember, if the dog does not find the punishment aversive – it isn’t a punishment.

It is easy to figure out what is punishment and what is not, because the dog decides.  If the dog finds what you are doing ‘aversive’ (i.e. he will work to avoid it) he is being punished.  Ask yourself “is what I am doing diminishing the dog’s behaviour”

If the dog is happily wagging his tail at you and the so-called punishment is having no effect on his behaviour, it isn’t a punishment.

Why does this matter?

This distinction matters because the dog training world is moving over to science based training, and abandoning the use of punishment.  And it’s important that the gundog community does not get left behind.

Only by accepting and acknowledging our use of punishment, can we begin to look at other ways of training, and pave the way for a movement away from punishment as a training tool.

This is a process that takes time.  Sometimes a lot of time, but it is a worthwhile one.

The public demand for force free training is increasing rapidly.  We gundog trainers need to keep up, and to talk to other dog trainers in order to move with the times.

And to do that, we need to understand the international language of dog training which is rooted in behavioural science.

To better understand how a trainer can change an animal’s behaviour without resorting to any form of punishment, physical or otherwise, we  need to understand the scientific principles that underpin all successful animal training methods.

We’ll be looking in some more detail at these principles in weeks to come. 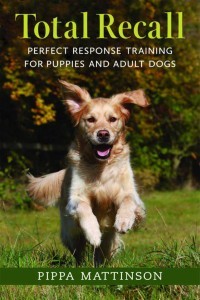 If you are skeptical about the practicalities or effectiveness of force free dog training when applied to gun dogs, you may enjoy this article

Total recall looks at the training process through a single important skill, getting a dog to reliably return to a recall whistle.

You can check it out here: Total Recall
This article is part of our series on Clicker Gundog Training. It was first published in 2011 and has been fully revised and updated for 2015